Iran is recruiting Afghan refugees to fight in Syria, promising a monthly salary and residence permits in exchange for what it claims to be a sacred endeavour to save Shia shrines in Damascus.

The Fatemioun military division of Afghan refugees living in Iran and Syria is now the second largest foreign military contingent fighting in support of Bashar al-Assad, the Syrian president, after the Lebanese militia Hezbollah.

Iranian state-affiliated agencies reported in May that at least 200 Fatemioun members had been killed in Syria since the beginning of the war. How many more have died since is not clear.

Iran has always claimed it is participating in an advisory capacity in Syria, dispatching senior commanders to plan and oversee operations, but the Afghan involvement shows it is using other methods.

Recruitment is taking place on a daily basis in Mashhad and Qom, two Iranian cities with the largest population of Afghan refugees. Mashhad, the second most populous city in Iran, is only three hours’ drive from the country’s border with Afghanistan.

Iran is also accepting Afghans below the age of 18 provided they have written permission from their parents, the Guardian has learned. At least one 16-year-old Iran-based Afghan refugee was killed in Syria earlier this autumn. The rising number of funerals in Iran is a tangible sign revealing a greater involvement in the Syrian conflict in the wake of the Russian airstrikes.

Iranian terminology for those killed in Syria is “defenders of the holy shrine”. The Abolfazli mosque in eastern Mashhad’s Golshahr district – situated at the heart of an impoverished area accommodating most of the city’s Afghans – is the place where the refugees, usually young men, sign up on a daily basis to go and fight for Iran in Syria.

On an autumn morning this year, some 50 Afghans were queuing at the mosque, which is lacklustre and missing the dome and minaret that decorate some of the country’s most glittering, to put their name on the list. The requirements are simple: those interested have to prove they are Afghan, and singles or minors must have parental consent.

“This is mere exploitation of vulnerable people,” said Mujtaba Jalali, a 24-year-old Iranian-born Afghan refugee from Mashhad who has recently fled to Europe. Jalali, a professional photographer, has visited at least 10 funerals in his city held for Afghans who have lost their lives in Syria. The Guardian is publishing his photographs for the first time, some of which reveal the identities of the Fatemioun members killed.

Although Jalali was born in Iran, he has not been able to hold an Iranian nationality, in common with all Afghan children born there. People like Jalali face immense difficulties in continuing their education, having bank accounts, receiving paperwork to leave the country or have access to work in Iran.

“This is the war Iran is fighting at someone else’s expense,” Jalali said. “It’s Afghan refugees in Iran who are paying the price of Tehran’s support for Assad and they are being lied to about the real motives. It’s not religious, it’s political. Instead of protecting its refugees, Iran is using them.” 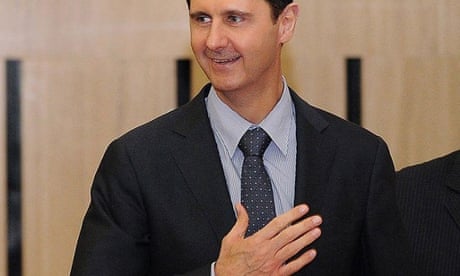 According to Jalali, most Iran-based Afghans, who are also Shia, are not going to Syria to risk their lives on religious grounds but because of the financial and stability benefits that their involvement will bring to them and their families. Nearly 1 million Afghans are registered as refugees in Iran but the country is believed to host at least 2 million more who are living illegally.

The crucial role of the Fatemioun division was highlighted earlier this week when an audio clip emerged of Qassem Suleimani, the Iranian commander of the Quds force, the external arm of the Iranian Revolutionary Guards, recounting a personal memory in which he praises the Afghan involvement.

In the audio, Suleimani speaks of a recently killed Iranian soldier named Mostafa Sadrzadeh, who had disguised himself as an Afghan called Seyed Ebrahim in order to fight in the Syrian war. He was reported to have been killed in Syria last week.

“In Deir al-Adas [a village in southern Syria], I overheard someone who had a strong Tehrani accent over walkie-talkie,” Suleimani says, according to a transcript of the audio published on local agencies. “The next day they pointed him to me and said this is the guy. We didn’t let him in so he had gone to Mashhad and registered his name as an Afghan national in order to join the Fatemioun.”

Fatemioun was set up in Iran after the Syrian conflict started in 2011 with help from Afghan refugees who had previously cooperated with Iran, notably before the US invasion in 2001. Although it is not clear how many members it has, it was upgraded from a brigade to a military division, or lashkar, earlier this year, which is supposed to have between 10,000 to 12,000 members. Iranian agencies reported that its commander, Reza Khavari, was killed in Syria last month and it is not clear who has replaced him since. 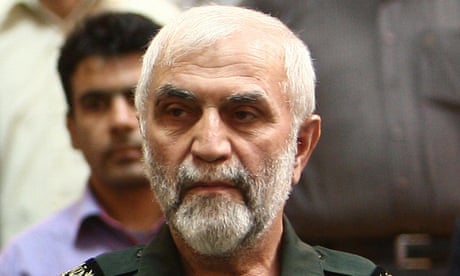 An increasing number of senior Iranian Revolutionary Guards have also been killed in Syria in recent weeks, which shows how far Iran is prepared to go to keep its strategic influence in the country. In October, Hossein Hamedani, described as an elite and exceptional commander of the Iranian Guards, was killed in the vicinity of Aleppo.

Iran has deployed some of its most experienced commanders in Syria, according to Morad Veisi, a seasoned expert of the Iranian military prowess. The recent deaths show that Iranian commanders are operating in the middle of battlefields, although mostly in a commandeering capacity.

“The Afghan involvement has made a big difference for Iran and now they are providing more help to Iran than any other group except for Hezbollah,” Veisi told the Guardian. Afghans are deployed for combat purposes, although a few hold senior advisory roles.

Jalali was allowed to take photographs of the funerals in Mashhad because he was a member of the state-affiliated association of photographers. He was arrested during a photo shoot of one such funeral in Mashhad and his camera confiscated. He has since fled Iran and is seeking asylum in the Netherlands.

“I was hearing every day many Afghan refugees are going to fight for Iran and Bashar al-Assad in Syria and that was a big question in my mind. Why were they going?” he recalled. “Every week, I could see around 10 to 15 young men being brought back for burial in Mashhad. The Iranian authorities misuse the word ‘martyr’ whenever and wherever it suits them.

“Once, an Afghan refugee who has fought in Syria for Iran, who is a friend of mine, told me: ‘Tehran’s morgues are full of dead bodies killed in Syria.’”