India says it will expel half the staff in Pakistan embassy over alleged spying as Islamabad says it will do the same. 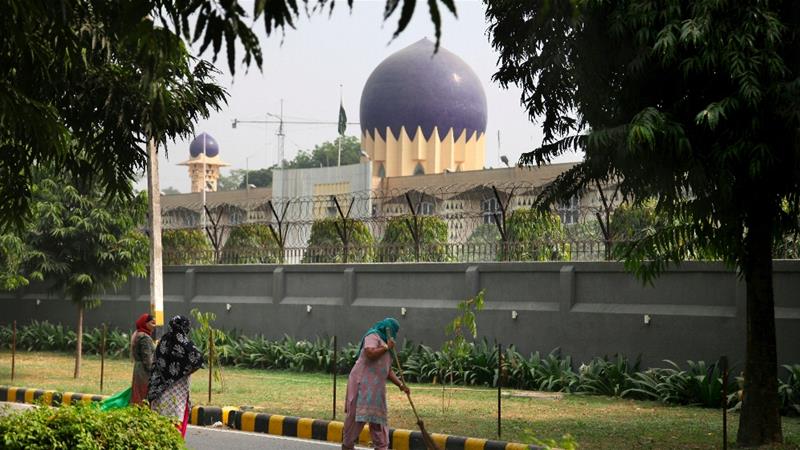 India has said it will expel half the staff in Pakistan’s embassy in New Delhi over alleged spying by officials there, prompting Islamabad to say it would respond in kind.

Relations between the nuclear-armed rivals are strained and tit-for-tat expulsions of diplomats, often on charges of espionage, are common.

Neither country has a permanent ambassador in place and in the last month each country has accused the other of illegally arresting and torturing its diplomats.

“They [Pakistan] have been engaged in acts of espionage and maintained dealings with terrorist organisations,” the Indian foreign ministry said in a statement on Tuesday.

The statement mentioned the “recent abduction at gunpoint” of two Indian officials, whom New Delhi accused Islamabad of torturing following an alleged hit-and-run incident in the Pakistani capital.

The men returned to India on Monday, where they “provided graphic details of the barbaric treatment that they experienced at the hands of Pakistani agencies”, the foreign ministry said.

“The behaviour of Pakistan and its officials is not in conformity with the Vienna Convention and bilateral agreements on the treatment of diplomatic and consular officials.

“Therefore, the government of India has taken the decision to reduce the staff strength in the Pakistan High Commission in New Delhi by 50 percent.”

The ministry said it would also “reciprocally reduce its own presence in Islamabad to the same proportion”.

Pakistan’s foreign ministry said in a statement on Tuesday it “completely dismisses” allegations its staff in New Delhi had violated any diplomatic conventions.

“The Indian government’s smear campaign against Pakistan cannot obfuscate the illegal activities in which the Indian High Commission officials were found involved in,” the statement added – an apparent reference to a June 16 traffic incident in Islamabad that two Indian officials allegedly fled.

Last week, Pakistan’s government rejected Indian assertions that the two Indian diplomats had been “forcibly abducted”, saying the men had been involved in a hit-and-run traffic accident and had been returned to Indian custody after legal formalities were completed.

Pakistan’s statement on Tuesday said it was Islamabad – and not New Delhi – that had ordered the reciprocal 50 percent reduction to the Indian diplomatic presence in the Pakistan capital.

Both countries said the staffing cuts must be made within seven days.

The Pakistan high commission in New Delhi was allowed to have up to 106 personnel, but in recent months Islamabad reduced staff levels to about 80, diplomatic sources told AFP news agency. 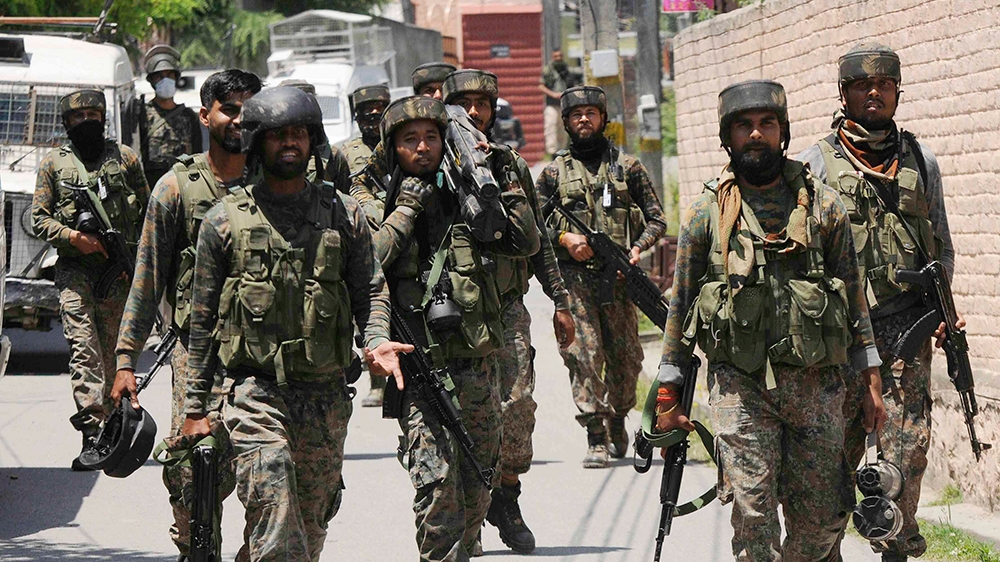 The latest round of hostility began when New Delhi expelled two Pakistan embassy officials on May 31 for alleged spying, claims Islamabad said were “baseless”.

Last month Indian police released a pigeon belonging to a Pakistani fisherman after an investigation found that the bird, which had flown across the contentious border between the two countries, was not engaged in spying.

Kashmir was split between India and Pakistan in 1947 when they gained independence from Britain but is claimed by both.

Indian government forces have also been conducting numerous military operations in Kashmir since a nationwide virus lockdown was imposed in late March, killing dozens of fighters.